A printed photograph, like fine wine gets better with age. Many of you may be scratching your head; perplexed, thinking back to those awkward high school years, a time in your life that you have tried to forget all together. But that is not what I am talking about; I simply want to share a story.

Right after high school I shaved my head, jumped on a bus with yellow foot prints and went down to Paris Island, South Carolina. Marine Corps Boot Camp is 13 weeks of putting your mind, body and belief system through the preverbal ringer. It is exhausting, tiring and downright difficult! About a week prior to graduation, the recruits get all the finishing details completed prior to being placed at duty stations around the world and being able to hold the title U.S. Marine.

One of the last items that we were required to do was to get our photos taken, both as a battalion and individual photographs in Dress Blues (the most beautiful of all military uniforms…ask any girl). It was at this point we were able to purchase our photographs. After three months of hell, the last thing I wanted to do was remember it; additionally the photos were expensive! I remember having that order form in my hand with no inclination to fill it out; after all we were making less than $200 a week and one photo was almost a quarter of a weeks’ pay. I rationalized to myself that after all it was the memory that mattered; not the physical picture. One of the drill instructors who was collecting the forms looked at my blank form and gave it back to me and told me to fill it out, that I need to purchase a photograph. After seeing the puzzled look on my face he looked me straight in the eyes and with colorful language stated that the photographs were for my family to take pride in, to relish at my accomplishments and one day many years from now I will look at that picture with pride and reminisce about my life as a Marine.

Every time I go home and look back at that picture it makes me smile as I reminisce about the past, it brings happiness to my parents and allows me to think back to my life as a Marine. I love that photograph and as the years go by, the memories may fade but that one photograph becomes more and more valuable to my own happiness. The photograph depicts a static moment in my life where love intersected with accomplishment and I did something I would never forget.

Moral: Print those beautiful pictures and look back at them often. 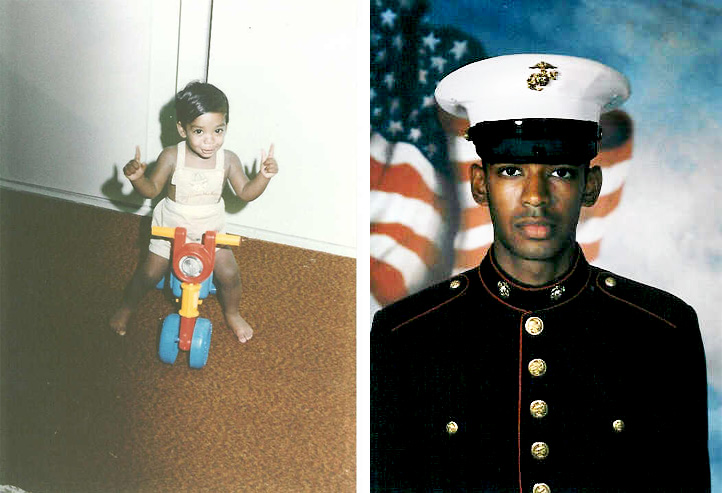