In college on random Wednesdays in the summer when the gambling bug would hit one of us which would be almost every week my roommates and I would draw straws to see who was lucky enough to “volunteer” their car and drive to Atlantic City. Then a little after dinner at Friday’s or McDonalds dependent on how much money was in our wallets the five of us would pack into a single car and make the three hour trek up to Atlantic City.

Every time we went up we always gambled at the Wild Wild West; a hole in the wall casino right off the boardwalk that you could easily miss if you were actually looking for the place. It had all of 10 tables and vintage slot machines that maxed out at all of five cents.

We would always get there a little after 2AM right at the shift change and play blackjack with this elderly old man dealer who had a grandfatherly smile but a boyish grin. But once the games got going he would start screaming the most entertaining phrases and school all of us on it’s meaning or his interpretation of them.

A few of my favorite:

“Monkey, Monkey, Monkey!” – Any card that is a 10 or higher use to have a monkey on the face of the card; it used to be yelled when someone wanted to take down the dealer and needed a ten or higher to win the hand.

“Need some penetration” – a term used right before the deck had to be shuffled to let the card counters know that the deck is low and it’s time to strike.

“Winner Winner Chicken Dinner” – Use to be yelled by this grandfatherly gentleman at the top of his lungs every time someone got blackjack. He said that on river boats in the early 1800’s after someone was beating the house to entice them to stay and play some more. I always asked him how people would get off the steam boat and he would just boyishly grin…

And without further a due the winners of our three contests 🙂

Winner of our Engagement Session Contest: Palak and Manan who won: a two hour engagement session,  a $250 print credit, on-line image hosting for 1 year and a DVD video Slideshow!

They had the cutest proposal story that just had to be shared: “Manan and I got engaged on December 3, 2011, on the night of our 8th anniversary. We had started dating when we were 15. A week before the 3rd Manan had told me that he was going to take me out for our anniversary and that it was a surprise. I didn’t take this to mean anything beyond what he said because he always does cute, sweet things on our anniversary. He came and picked me up, and we were off to what became an unforgettable night. As we were driving I noticed that he was following the signs to the Montgomery County fairgrounds (the first place we met) so of course I had to ask, “Why are we going to the fairgrounds?” Manan laughed it off as though I was crazy to think we were going to the fairgrounds on our anniversary date. Of course, that is exactly where he was taking me. When we got there, I wasn’t sure if we were allowed to be there (being county property), but he assured me everything was fine. As we pulled up I saw a pergola which was lit up. It wasn’t until we started walking towards it and got close enough that I saw how extravagant it was. While I was observing the pergola, the drapes, the blankets, the candles, the rose petals, the picnic basket, the champagne, the space heater (it was a chilly evening and Manan always thinks of everything!), and the sheer extravagance of the set-up, Manan grabs both my hands, so I turn to look at him. He says a few sweet words and gets down on one knee and asks me to marry him, and of course I said yes! After soaking everything in we finally sit down and have our picnic. Manan tells me he built the pergola himself and that he wants to put it in our future backyard as a memory of the night. It was absolutely amazing and intimate and I couldn’t have asked for a more perfect proposal or fiancé.”

Engagement Portrait Canvas Winner: Lisa and Akhil:  who won a beautiful 16×20 Canvas a $480 value: This beautiful couple got married at the end of November with their wedding published on Maharani Weddings! 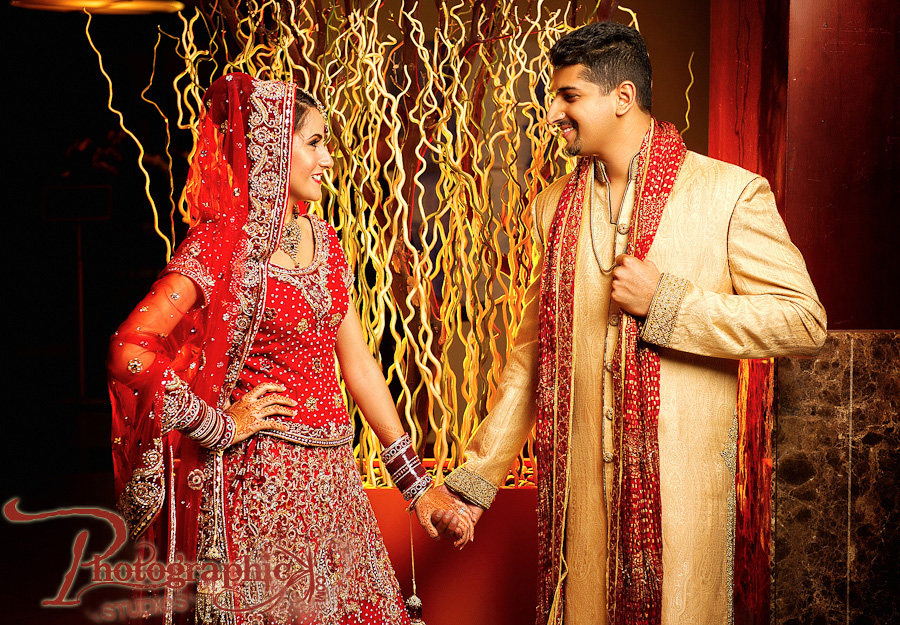 Wedding Portrait Canvas Winner: Saira and Shekeab: who won a beautiful 16×20 Canvas a $480 value: This fantastic couple had a wonderful winter wedding at the end of December with their wedding soon to hit the blog! 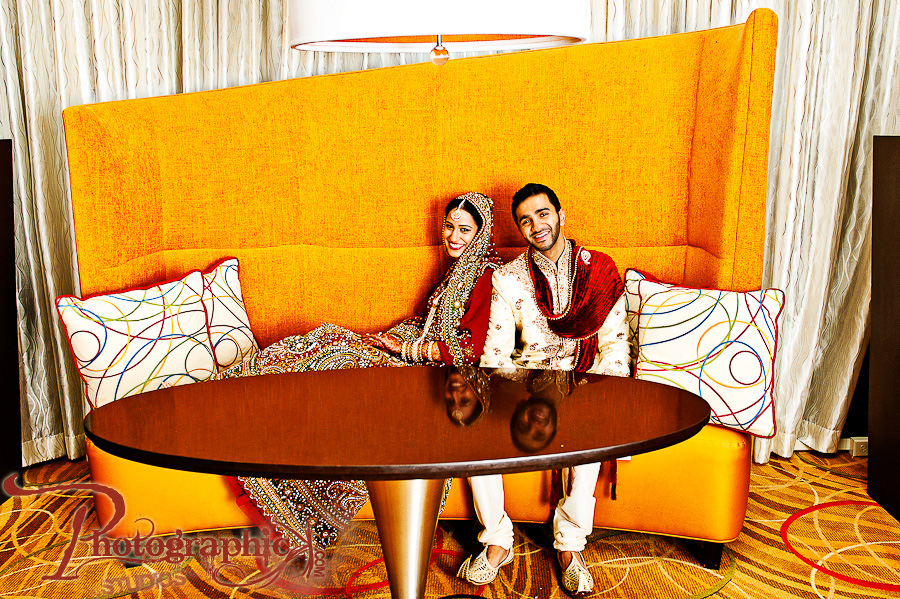